This post is based largely on an article published in In Practice, the Bulletin of CIEEM (the Chartered Institute of Ecology and Environmental Management) in June.  It had actually been written several months previously, and was an expanded version of a LinkedIn post I had written in October 2016, which in turn was based on my submission to the House of Commons Environmental Audit Committee inquiry into the future of the natural environment post-Brexit.  I have continued to explore the ideas set out in it over the course of this year and can see them keeping me occupied for a long time to come.  I intend to post on various of these as I go along, but in the meantime for those who have not read my LinkedIn post or are not members of CIEEM, here is a slightly modified version of these pieces so you will know where I am coming from. 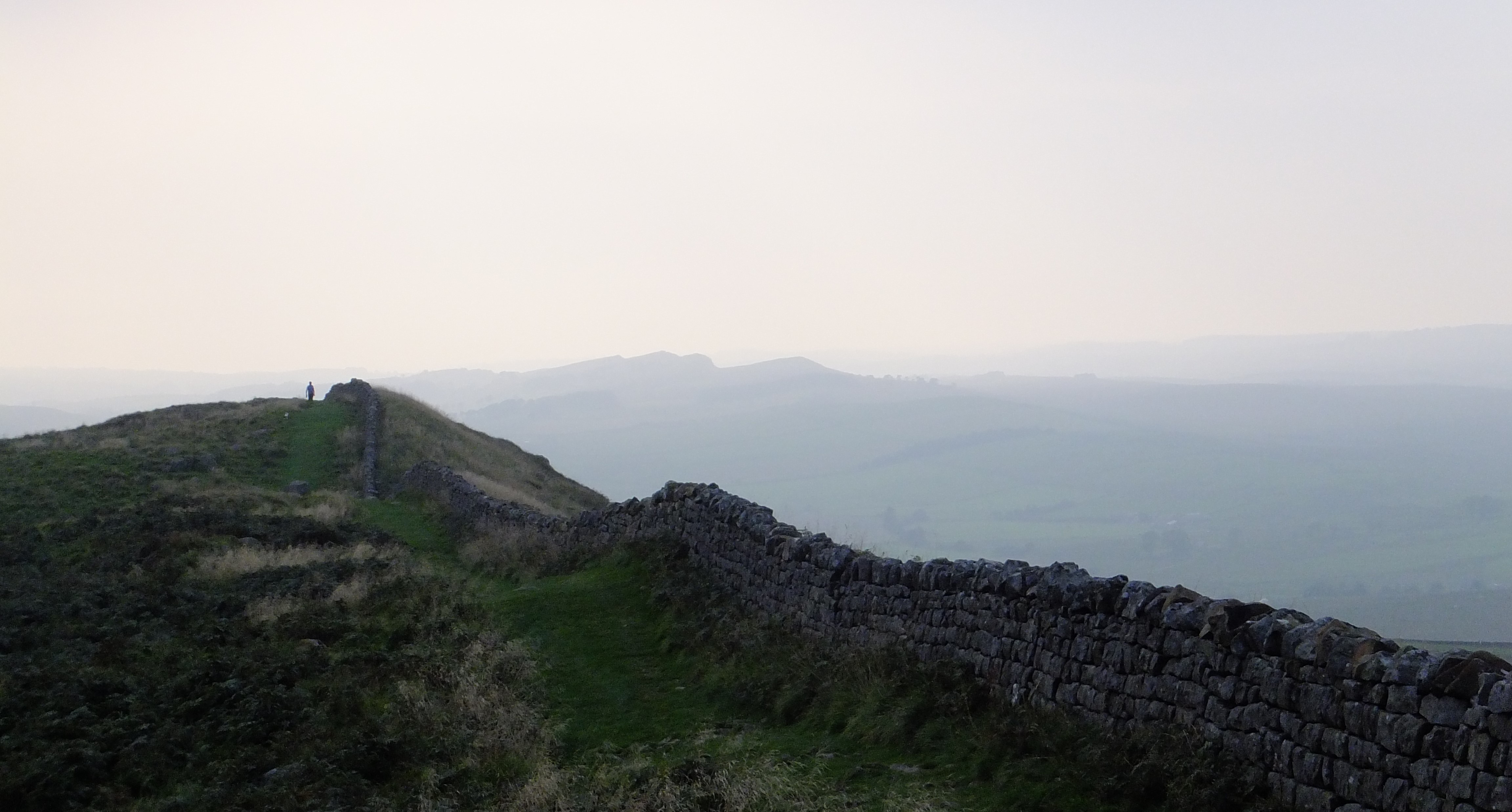 One of the pleasures of retirement has been the opportunity for more hill-walking and in August 2016 I found myself on the dramatic central section of Hadrian’s Wall where it follows the tops of the crags across the wide open ‘wastes’ of west Northumberland.  Contemplating the livestock scattered over the landscape below and pondering on the life of the people of the area before, during and after the three hundred and fifty years of the Roman occupation, it struck me that in its economic and ecological fundamentals life hasn’t changed that much in the British uplands for the last six thousand years – our Neolithic ancestors introduced cattle and sheep four thousand years before the Romans turned up, and they’ve continued to be the mainstay in the sixteen hundred years since the Romans abandoned us to our fate. 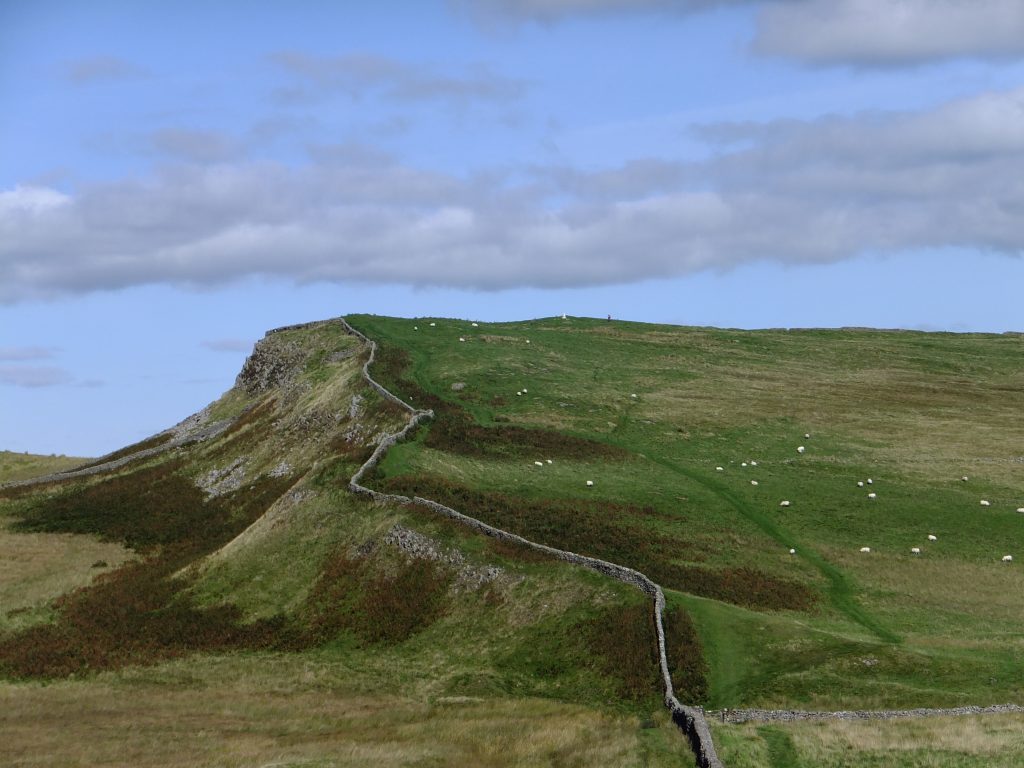 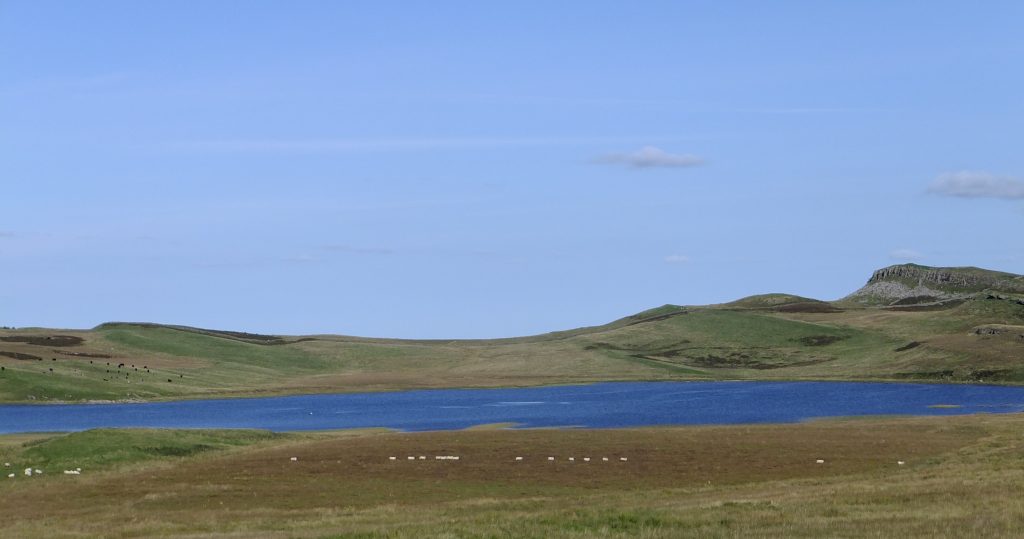 Now I can’t claim any expertise in relation to livestock, although I have had some experience with them.  As a boy I used to help drive a herd of Jersey cattle through a river and up and down the steep wooded banks that lay between their milking parlour and their grazing fields, and that taught me quite a bit about cow psychology as well as giving me a degree of confidence in dealing with cattle.  The time when sheep loomed largest in my life was somewhat later, when I was studying otters in Shetland.  The only accommodation I could find was an unoccupied crofthouse – at least it was unoccupied during the summer.  In the winter it was used as a sheep shelter, so each spring I would first have to sweep out the accumulated dung from the kitchen/living room (luckily they never made it upstairs to the bedroom).  While I was there I also had a go at sheep shearing – this was very hard on the hands with traditional shears and I much preferred ‘rooing’ – pulling the wool off the ones that shed their fleece naturally.

We had our own native species of cattle, the aurochs Bos primigenius, before the introduction of livestock farming, but it seems remarkable that our ancestors were able to take the sheep, a creature that evolved to live in the dry hills and mountains of the Middle East, and persuade it to live in the cold, wet, boggy uplands of north-west Europe. What, I wonder, filled the ecological niche of a close-nibbling, short-sward-creating herbivore in Britain before we brought them in?  Was it water voles Arvicola amphibius, the bones of which are abundant in Mesolithic archaeological sites?  Were water voles once as widespread on dry land in Britain as they still are in parts of mainland Europe, and were they driven to the wetlands and streamsides by competitive pressure from sheep (Strachan and Jefferies 1993)?  Or was there once a lowland British version of the mountain hare Lepus timidus, just as there still is an Irish one Lepus timidus hibernicus? Or did we simply not have extensive short-sward habitats until the sheep arrived?  Did we bring them in just in time to ensure the survival of the last pockets of post-glacial, open-grassland plant species before these were smothered by trees?  The British uplands are currently derided by some as ‘sheepwrecked’ (Monbiot 2014); perhaps, though, it would be better to think of these landscapes and habitats produced by the interaction of nature and human culture as ‘sheepwrought’.

Not that human culture has remained any more static than the climate.  Although sheep as a species have been part of British ecology for six thousand years, modern breeds are very different from those that grazed our land for most of that time.  Burdened as they now are by unnaturally long and heavy fleeces that they can’t usually shed for themselves, short little legs that leave them lumbering and unbalanced, and hooves that are prone to footrot, they need a lot of human help to survive.  Those long fleeces trap faeces and become ideal nurseries for blowfly maggots which can literally eat the sheep alive; and once a sheep trips or slips the weight of its fleece can prevent it from finding its feet again.  I will never forget the unpleasant experience of finding a sheep struggling on its back in a shallow drainage ditch, both its eyes pecked out by the crows that had alerted me to its predicament.

Sheep are also bigger, heavier and more prolific than their predecessors.  So, although their numbers are now falling, particularly in Scotland, their ecological footprint is still a very heavy one.  They hinder the regeneration of trees and shrubs and the flowering of herbs and grasses, thus impoverishing biodiversity and reducing the carbon-sequestration and water-holding capacity of upland soils with adverse consequences for climate change amelioration, flood control and other ecosystem services.  The hills are certainly ‘sheepracked’ even if not ‘sheepwrecked’.

The market for sheep products has changed utterly in the last fifty years.  Wool is no longer of commercial value (except for very fine merino-type fleeces that UK sheep breeds do not produce) yet each sheep must be sheared annually for welfare reasons, the sale of the fleece barely covering, or failing to cover, the cost of the shearing.  There seems little realistic prospect that the wool market will ever recover despite the rear-guard efforts of the Campaign for Wool (http://www.campaignforwool.org).  Sheep meat production is cyclically profitable – but would not be if there were no subsidies available.  Currently, this is an industry entirely dependent on public subsidy.  Despite this, sheep meat is not cheap and consumer demand for it is falling.  Also, the average age of upland farmers in the UK is over 60 and rising, and average upland farm incomes are very low.  In its current form, upland livestock farming is therefore socially and economically as well as environmentally unsustainable.

In the debate about what we should do once we leave the EU Common Agriculture Policy (CAP) behind us there is a growing tension between those who wish to see public money continuing to support traditional sheep enterprises and those who wish to see the uplands rewilded.  I would like us to find a middle way that would allow us to maintain sheep (and cattle) farming as an integral part of the management of much of our uplands, particularly those with valued grassland habitats that need grazing if we wish to retain them.  We need to find a way of reducing the number and increasing the scale of upland sheep enterprises so that upland farmers can make a sustainable income from the supply of sheep meat, and of enabling them to do so without the current level of reliance on public subsidy.  This needs much lower average stocking densities and sheep that require far less care and attention from shepherds so that management is minimal and one person can look after many more sheep without undue adverse effects on animal welfare.

Fundamental to this is the need for more robust sheep with short fleeces that are shed naturally in the spring, more like those of wild sheep – and some individuals of our more primitive breeds.

Forward-thinking animal breeders have already gone a long way with meeting this requirement.  Back in the 1960s Iolo Owen on Anglesey started cross-breeding experiments based on a short-fleeced ‘meat’ breed called the Wiltshire Horn.  The result, now hornless as well as having a short, naturally shedding fleece, is the ‘Easycare’ sheep, which is growing in numbers faster than any other breed in the UK.

Cumbrian shepherds I have talked to admire them as meat animals needing little attention on the lower ground, but reckon they are ‘too soft’ for the high, wet Lake District fells where only the iconic Herdwicks can cope.  Another self-shedding breed, the Exlana, has been developed in Devon, and some farmers are trialling another breed from South Africa, the Dorper, but it is unclear whether these animals are tough enough for the hills.  So how could we produce a breed that is?  It appears that the ability of sheep to shed naturally is controlled by a single dominant ‘switch’ gene (Pollott 2011) so, in principle, we could use genome editing to revert any hill breed to a more natural shedding form.  Alternatively, we have a rich genetic heritage of sheep breeds, many developed in a relatively short period of selective breeding during the 18th and 19th centuries.  Surely we should be able quite quickly to produce appropriate breeds that match the economic, social and environmental requirements of the post-CAP 21st century uplands.  Probably the toughest and most ancient breed of sheep we have is the little Soay from the remote islands of St Kilda far out in the wet and windswept Atlantic.

The Soays live in self-sustaining, completely feral colonies on the precipitous islands of Soay and Hirta.  Perhaps we could try crossing them with Easycares and Herdwicks? (We could call them Easyherdoays!)

To get the optimum benefits from our low-maintenance sheep we will also need more flexible patterns of grazing than are possible with the regular annual management regimes that currently prevail.  Two sites in the North Pennines illustrate the challenge well.  The removal of livestock from the Cross Fell area in 2001-2002 following the last foot-and-mouth disease outbreak led to a spectacular flowering of perennials that had been suppressed by grazing pressure for decades, and that have been suppressed once more with the restocking of the area (Roberts 2010).  Meanwhile, in nearby Upper Teesdale the outstanding assemblage of light-demanding, arctic-alpine relict plants is suffering from undergrazing (Bradshaw 2012).  In the last issue of In Practice Keith Kirby pointed out parallels in our woodlands (Kirby 2017).  With larger and more extensive livestock enterprises one could attempt to address such issues through greater variation in grazing intensity, for example a multi-year rotation of non-grazing, followed by cattle grazing then sheep grazing, and through that drive the evolution of our uplands.  They would still be cultural landscapes, but ones with more varied vegetation, greater biodiversity and much better water retention.

Kirby, K. (2017). Are there too many or too few herbivores in our woods? In Practice – Bulletin of the Chartered Institute of Ecology and Environmental Management, 95: 11-14.

Watson, H. (2017)  Sheepwrecked, sheepwracked or sheepwrought? – Thoughts on sheep and the future of the British uplands.  In Practice – Bulletin of the Chartered Institute of Ecology and Environmental Management, 96: 34-36.