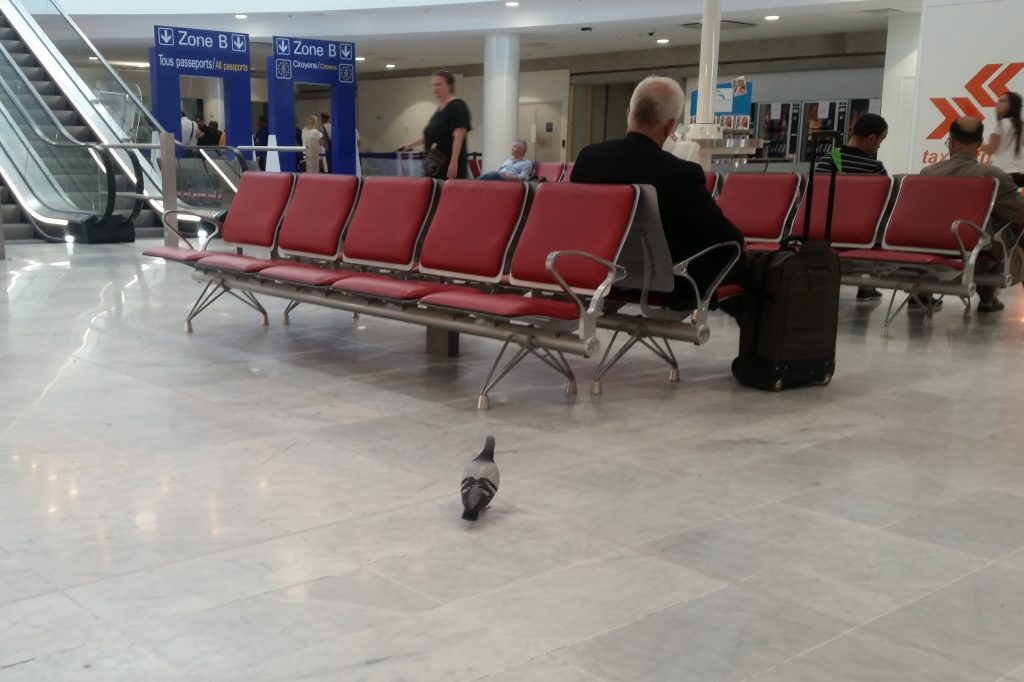 1 thought on “Pigeon Post – ‘Have they called our flight yet?’”